Hakan Ünal: “Before creating a character, I analyze every aspect of them. This approach allows me to be neutral about them. As a screenwriter, I don’t like to command or dominate a character. I usually wonder where that character can take me and travel with him / her. “

The idea of this film came to me while I was reading the second part of Dante’s Divine Comedy named ‘Purgatorio’, the poem, following the Inferno and preceding the Paradiso. Purgatorio features Dante’s ascent of Mount Purgatory. The mountain is divided into three sections: The Ante Purgatory, Purgatory Proper and the Earthly Paradise. Sinners must pass through these levels to cleanse their sins and only once they reach the summit may they be forgiven and permitted to proceed to Paradise. This is the point I started to write the story and then found my characters like a Nazi Officer as sinner and a Jewish Woman as victim.

Do you only write screenplays? Why screenplays and not other literary styles?

Yes, I only write screenplays because I can find the opportunity to refine all kinds of artistic details and content in the script. For example, in a scenario, you can combine many arts such as philosophy, psychology, painting, mythology and also use scientific factors such as medicine, sociology, economics, and mathematics. You can make inferences. As a result, you create a great work of art that carries many things at the same time in terms of both visual, auditory and content.

How can you write an “evil” character without being judgemental or banal?

Before I create a character, I analyse every aspect of him/her. This approach allows me to be neutral about them. As a screenwriter, I don’t like to command or dominate a character. I usually wonder where that character could take me and travel with him/her. It’s kind of like a divine touch. I leave them alone with their sins and good deeds.

What is the key element that leads you into writing a story?

Great stories have exciting twists, compelling characters, vivid descriptions. The key element which triggered me to write stories is the story itself. I like to observe every single detail around me just like trying to decode them. Many things happening in your world. I think this is all about what you see and what you turn them into the stories like they say ‘The devil is in the details.’.

I have founded a Turkey based production and distribution company named ‘Metamorfoz Film’ in 2020. In long term, I will continue to work for the production company to grow and complete my other two feature films. 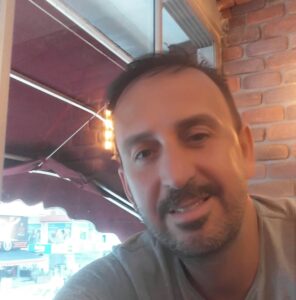