Henning Backhaus: “I’m interested in escapism when it comes to movies, both as a maker and as a viewer. Film offers the opportunity to dive into other worlds, it offers an alternative to the world in which we have to live.”

To be honest, I’m interested in escapism when it comes to movies, both as a maker and as a viewer. Film offers the opportunity to dive into other worlds, it offers an alternative to the world in which we have to live. Beautiful pictures, a beautiful score, with pleasure also improbable incidents, which suddenly become reality – such things interest me. It’s really banal, actually.

On the other hand, you can’t close yourself off from life, no one lives in a vacuum, so at the end of the day, the distance from reality can sharpen your view of reality. That’s what makes good art anyway, in my opinion. Basically, it’s no different with literature or music. But the medium film has perfected this, I think.
I can’t say exactly where I start. In any case, it’s hard to find a good story; I’ve become picky, much to my own chagrin. Once you’ve found a good conflict, it gets easier. Then you have something to work with. Fortunately, there is actually no shortage of conflicts at the moment.

“The best orchestra in the world” is an acceptance film that brilliantly uses irony. What do you think is the importance of irony as a stylistic tool?

Humor needs distance, and this distance can sharpen the view, as I said. Sometimes distance can also be essential for survival. Before you get ground up by the gears of the world, you take yourself out of it a bit. Every now and then, that’s quite healing.
I myself don’t find the film so ironic, by the way. During filming, we always took our main character, Ingbert Socke, seriously, as far as I remember.

I come from a very musical family, I love the piano and I can play pretty well, I would say. Nevertheless, I have an ambivalent relationship to the classical music business. I worked at the Vienna State Opera for a while, and a lot of things were completely out of date there. Elsewhere, on the other hand, people are so in tune with the zeitgeist that it’s painful. Formerly large classical labels like Deutsche Grammophon are under great financial pressure and have lowered the level of their content immensely.

Between extremes like these, the sector is somehow trying to find its new place, and that is of course exciting! Many problems can be observed here that are also taking place in society as a whole. I will hopefully (be allowed to) make another film in which classical music plays a role. Let’s see.
The other thing is that I’ve always been particularly interested in the musical aspect of film, the composition in time. For me, film is music with images. There are many great filmmakers who are very musical, you notice that immediately: William Wyler, Max Ophüls, Steven Spielberg, Michael Haneke, him anyway.

For me, it’s always the unity of content and form. Basically, there are three questions: What goal have the creators set for themselves? What means do the creators use to achieve their goal? Are the makers achieving their goal? From this point of view, “Commando” with Arnold Schwarzenegger is a good film for me, because it doesn’t set itself too ambitious a goal and the chosen means (wooden actors, explosions, cheesy synth music) are completely sufficient. The unity of content and form can of course also be found with the Taviani brothers or Kelly Reichardt, sure.
What I’ll always reject, however, are propaganda films. (I wouldn’t count “Commando” among them, perhaps one can argue about that.)

I’m writing a story that’s about classical music again. And there will be a meeting with two co-writers to discuss a possible feature-length film with Ingbert Socke, the character from the short film.

I have four novels lying around that I would love to make into a film! Apart from that, my long-term goal is to keep myself meaningfully occupied and not dumbed down.

Name: Henning Backhaus
Film: The Best Orchestra In the World
From: Austria 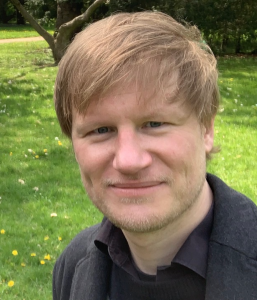