Mike Sorrinni: “As a historian I have had the honor of reading stories and talking to people who have experienced things that most people have no idea about. Through my writing I hope to show the wonderful parts of history that have remained in the shadows for so long.”

I take a lot of inspiration from music when I write. Going into each script I generally know what the genre will be, and then I listen to music until that one right song comes on. Suddenly the entirety of the script unlocks in my head, I know the characters, I know the plot, I see the dialogue. From there I usually keep the song on repeat while I write to keep the pace up.

Do you only write screenplays? Why screenplays and not other literary styles?

Right now I only write screenplays, but I hope to venture into other forms of writing. Screenplays give me a freedom with the world I’m writing that I enjoy so much.

What is the most precious thing your job has brought to your writing?

As a historian I’ve had the honor of reading stories and talking to people who’ve experienced things most people will never know about. Through my writing I hope to show the amazing parts of history that have stayed in the shadows for so long.

What would it be your dream cast and director for this kind of story?

In all honesty, I haven’t given much thought to that. What I would really like more than anything is to keep the Jewish roles to Jewish actors and actresses, as the grandchild of a Holocaust survivor it would mean the world to keep us represented in the films.

From your point of view, what is missing in World War II stories, that gives you the need to write one more?

There are so many films about the battles, as well as the personal side of the soldiers during the war. What I would like to see more of is the years preceding the actual fight, because World War II didn’t start with just a bullet being fired.

Right now I’m in the middle of a post WWII drama dealing with settling back into life after the war. I’m also starting on a female led Victorian era thriller.

My long term goals is just to keep writing, I wish I could say more but I take such enjoyment and happiness out of writing I’d love to keep it my thing. 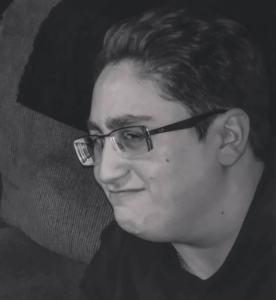