William Scott Williams: I start with a character and put them in conflict with themselves. Then the writing process is very much an out-of-body experience. Eventually you come back down to earth and you see where you went off the rails and you try to nudge the train back onto the tracks. “

I’m a realist, or rather, a neorealist. When all the kids my age were into Star Wars and outer space, I was transfixed by history. I’m preternaturally drawn to stories that have happened or that could happen. And in the case of The Familiar Ferry, you could say it is almost autobiographical, except for the bit about fame and fortune. When I was growing up, we had all the tragedy and none of the fame or fortune.

I studied painting in college, and I would begin with the abstraction of an idea, of a place or a sense of place, and put it down on canvas with pigment and linseed oil, and then live with it for a time, while the image was still wet and malleable. The ideas of who we are and what we are, as fathers and mothers and sons and daughters, are all malleable while we’re still living, and perhaps even more pliable after we’ve died. What stories do we tell ourselves about those we know and love? Are those stories different from what we tell each other once the hearts of those closest to us stop beating?

All this is to say that I start with a character and put them in conflict with themselves. Then the writing process is very much an out-of-body experience. Eventually you come back down to earth and you see where you went off the rails and you try to nudge the train back onto the tracks. Sometimes it’s easy, just reworking scenes and sentences until you get to the essence of it all. I try to show up every morning, in front of the keyboard, and some element I’ve been sleeping on will magically present itself.

Then I spend a lot of time trying to find the heart of the matter. It’s there somewhere. You just have to look hard enough.

The Familiar Ferry is somewhere between drama and comedy. What prompted you to choose to work in this genre?

Life is bittersweet. It’s all the best things and all the worst things. A novel or a movie that was all about cancer or all about child molestation would be unbearable to sit through. I like to sugarcoat the tragic elements, when I can. And there needs to be a pressure valve somewhere. For me that’s humor, and the darker the better. I’m addicted to comedies. One of my favorite movies is Bruce Robinson’s Withnail and I. I’ll watch it a few times a year because It’s hilarious, but also because it’s a devastating story about loss.

About the passing of time, about friendships, the distance that grows between us as we age. All of that loss is so palpable on the screen, and the final scene is simply heartbreaking. Yeah, it’s Shakespeare, but it’s Shakespeare through the lens of one man’s series of personal losses. His life is slipping out of his control, and he’s being left all alone. It’s hard to get more tragic than that.

All the characters of this script suggest very specific types. Have you ever thought about how you would cast the story?

Absolutely! Michelle Pfeiffer would make a perfect Rachel Lane. I’m thinking of her from The French Exit. Saoirse Ronan of course IS Frankie. She’s not on any social media, but I did hit up her agency (McFarlane Chard in Dublin) to try to float the idea by her. It would be fitting to have her play the mom of someone so much like her own character in Ladybird. Eloise Webb (Cinderella, The Iron Lady) could be a great fit for Althea, or perhaps someone who’s an unknown, an ingenue yet to be discovered.

From the very beginning I’d considered Molly Ringwald for the role of Dovie Marsh. Dovie’s character arc touches on all the themes (abortion, cancer, molestation), all the things that can go wrong inside of a family. She’s a tragic figure who’s also heroic in a way, and I know she’s retired from acting, but I think Ringwald could win an Oscar for her performance. Don would have to be Nick Offerman, this bad guy who’s not really a bad guy, but he does a bad thing because he’s confused, and because Althea confused him, likely on purpose. Nick and I were born just days apart and my daughters say I look and act just like him. Maybe if he reads this he’ll return my calls!

What are you currently working on?

I just finished an essay on my childhood, which was a bit of a mess (my childhood, not the essay). It feels like the first chapter of a memoir, and it was fun though to do something a little more academic and use primary sources like William Styron (Darkness Visible), Edward St. Aubyn’s Patrick Melrose novels, the paintings of Francis Bacon, and the lyrics of Sticky Fingers-era Rolling Stones and The Replacements from their heyday in the mid-80s. The essay came from a lecture on memory and addiction that I presented last summer at our Warren Wilson MFA alumni reunion. I just sent the final product out to a few journals, so we’ll see what happens. Fingers crossed. I would like for it to be published, but also I’m a little afraid of what will happen if it does see the light of day because some of the people central to the story are still alive and kicking.

The short screenplay I drew from The Familiar Ferry (titled South of the Border, which is just the scenes from the hotel) has also done very well on the festival circuit (it won Best Unproduced Screenplay at The Vancouver International Film Festival and was a finalist at Il Varco). My director of photography and I are working on a grant with From the Heart Productions to complete the film, hopefully this year or early next year. It’s low budget and the location is just a couple hours from here. I honestly think it has Oscar potential if we do it right. I’m looking for talent to attach and an executive producer if you know anyone interested.

Finally, I need to rewrite the novel on which I based The Familiar Ferry. Black Lawrence Press named it a finalist for their Big Moose novel prize last year. In writing the screenplay, however, the story sort of took on a life of its own and became something wildly different than the novel, but also infinitely better. That seems like the most important thing to do right now. Then maybe a sequel. Beyond that, I have some ideas for a new screenplay around parenting and divorce, so maybe I’ve not yet plumbed the full depths of that subject matter yet. Parents and children and the nature of our lives that we create (or fabricate) together. What else is there?

Name: William Scott Williams
Script: The Familiar Ferry
From: US 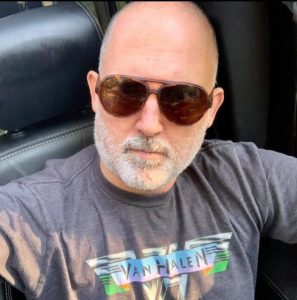